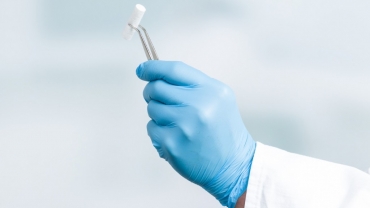 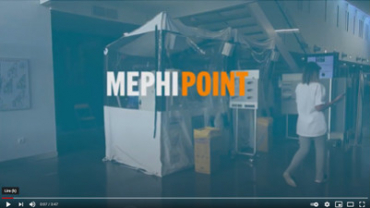 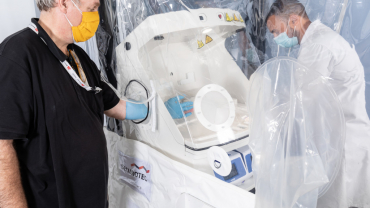 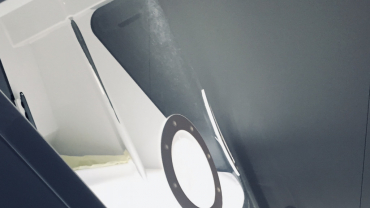 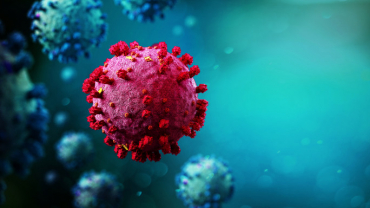 Pocramé, a specialist in infection detection, is targeting a global market

This startup, based in Aubagne, has designed a terminal that allows for the rapid detection of a certain number of infections in a remote location. After developing with two local clients in the maritime sector, it wants to conquer new ones, both at sea and on land. It can also count on its second product, a box delivering individual sanitary protection.

A pneumococcus epidemic at a shipyard in Marseille, a liner quarantined in Japan for sixty-seven cases of Coronavirus, a passenger with Legionnaires' disease on a cruise ship... The news shows that an infection on board a ship can quickly cause panic, with major economic repercussions. "When someone is ill and the ship has to be rerouted, this represents a cost of 100,000 euros per day," explains Pierre-Yves Lévy, co-founder of Pocramé.

These are the three questions that Mephilab, developed by the startup, is trying to answer. It is a mobile laboratory that can diagnose a series of dangerous and contagious infections in fifteen minutes. To do this, a trained person - doctor, nurse or captain - indicates the patient's symptoms on the terminal's touch screen. Based on these indications, the software proposes a series of tests to be carried out. "We chose this approach in order to have as broad a diagnosis as possible. It is not because you have a fever and a respiratory infection that you necessarily have the coronavirus. Tests can consist of blood, saliva or urine analysis.

Strengthen with two clients before expanding the client base

Since 2016, this solution has been made available to CMA-CGM and the Ponant cruise line, first on a trial basis and then on a commercial basis since 2017-2018. "Cruise ships and cargo ships present different issues. In the former, there are always doctors and you are close to the coast, but the contagion can take on a large scale with several thousand people on board. On the other hand, in the cargo ships, there are only about twenty sailors but no doctors.

Some sixty CMA-CGM ships are equipped and those of Le Ponant will all be equipped in the coming days. "For the moment, we have limited ourselves to the Provence-Alpes Côte d'Azur region because of our regional bias. This has allowed us to test our models and to gain power. Now we are going to tackle Costa and MSC cruises". The startup would also like to reach out to other freight companies but also to land-based players, "a much larger market".

To date, three terminals have been installed at the IHU Méditerranée infection in Marseille, including one for the Coronavirus; two others in Senegal as part of a university partnership. But to go further, the device must be improved to enable it to detect new infections, which requires new protection. "It also needs to be more mobile for rapid dispatch to infected sites."

A fundraising event organised at the end of 2019 raised €700,000 to launch a second version of Mephilab. "It's a big research and development job". A prototype should be presented in the second half of this year.

A sanitary protection distributor to complete the offer

At the same time, the company wants to step up the marketing of its second product, Mephibox. Launched in 2017, it is a dispenser of individual sanitary equipment. "It gathers in a clean box what to equip yourself with masks, gloves and glasses with medical prescriptions". Thus, depending on the disease, the device indicates which protections to use. "This product does not have any major technological added value, but it responds to a real problem. Present at the IHU Méditerranée infection, the box is also present in other regional establishments, at the Hospices civils de Lyon, as well as in Switzerland. Private establishments are also targeted, particularly Ehpad.

Two products that could be of greater interest due to current events. "The current problems of infections are raising awareness of prevention and screening. This should give us greater visibility. This is an opportunity to turn a corner and accelerate development, with growth expected to reach 50% annually in the coming years.